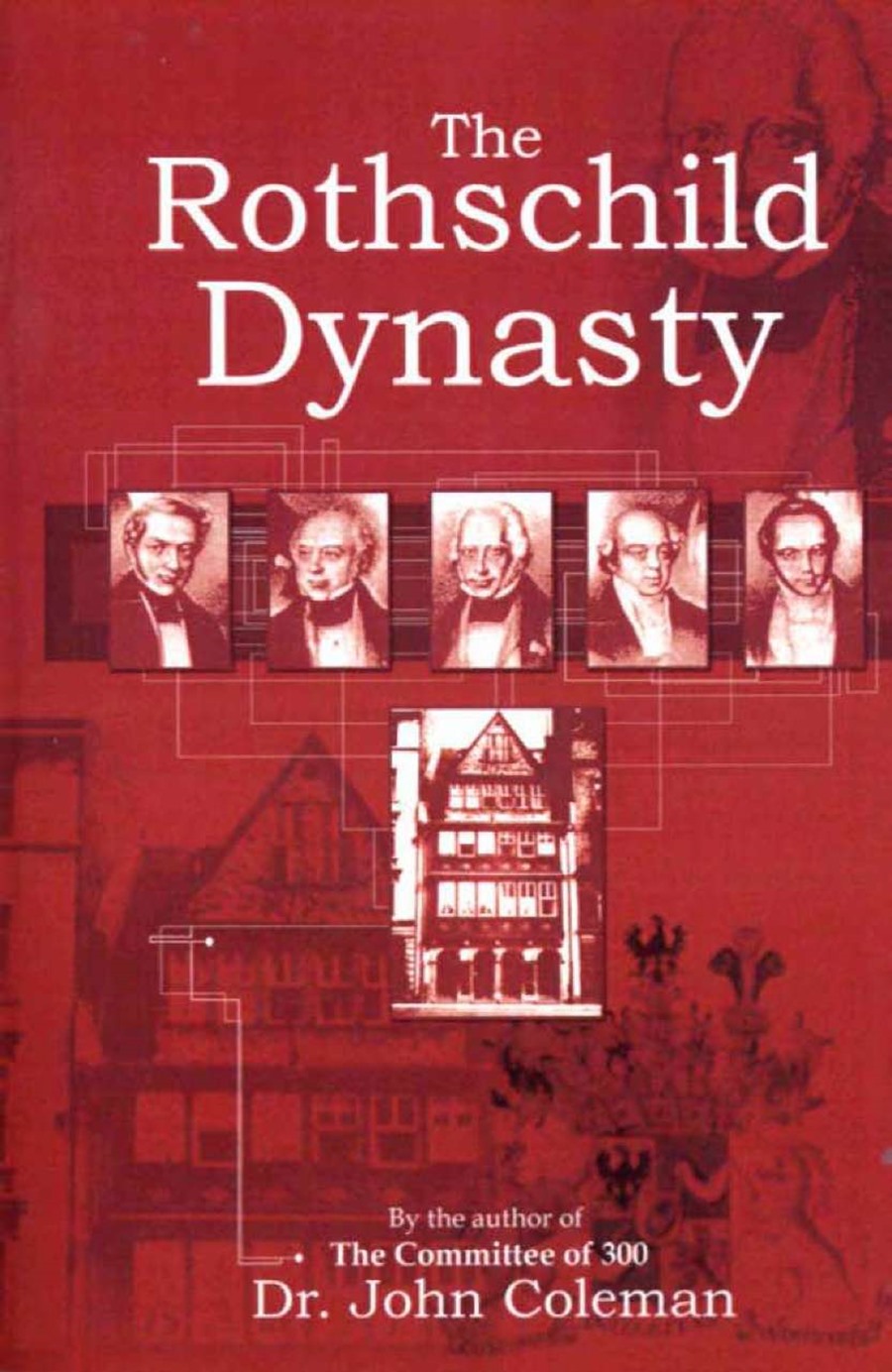 Author's Note. "Dr. John Coleman, author of The Committee of 300, tells how Mayer Amschel, the founder of the"Red Shield"dynasty acquired his first fortune. It is a far cry from the myths and legends that still surround the man who began as a rag and bone merchant and pawnbroker, working out of a small house on Judenstrasse, Frankfurt on the Main, Germany, where he lived with his wife and family.

The events attributed to history are often caused by a "hidden hand" pulling the strings of kings, princes and potentates from behind the scenes. The phenomena is explained and the legends that have grown up around the Rothschilds are demolished by this book that also reveals the Rothschild's intriguing that brought down men like Napoleon and Tsar Alexander II of Russia.

Legends has it that Mayer Amschel Rothschild's "genius and financial skills" were inherited by his sons, but the truth is quite a different story, as Dr. Coleman makes very clear in this well documented account that goes far beyond the best known legends cloaking the true character of the family.

Exactly how Mayer Amschel Rothschild "stuck it lucky" and the steps he took that brought the family from obscurity to "virtual rulers of all Europe," makes fascinating reading. This outstanding book is not only about the past, it is also about the present and the future. It will help to explain many of the events that perplex the ordinary people like the war in Iraq and the war threats against Iran." - John Coleman