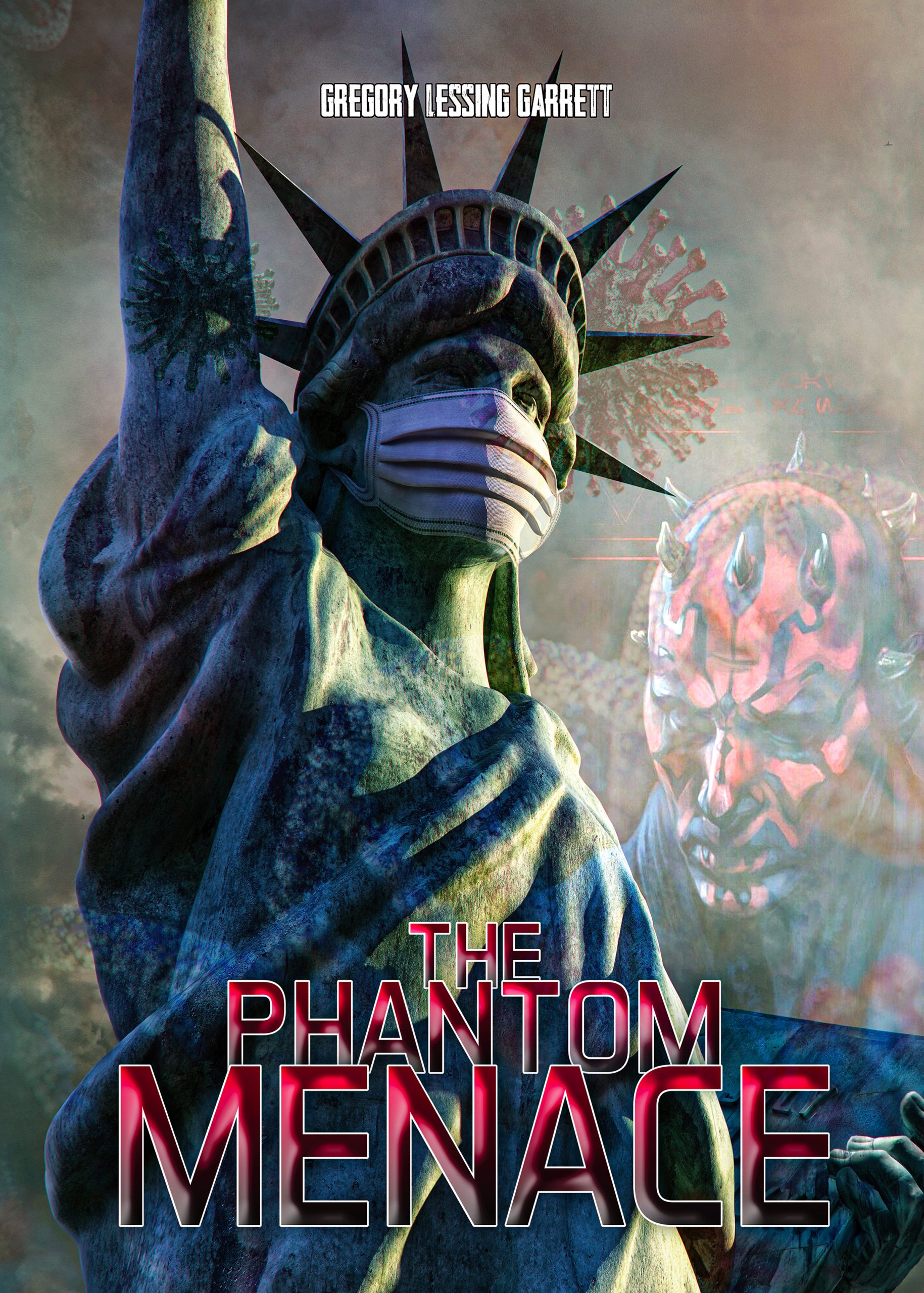 I tried 6 times to publish The Phantom Menace on Amazon, and 6 times they blocked it. The Phantom Menace is the most banned and inaccessible book that I have ever attempted to publish. I was finally able to publish it at Smashwords. We all see the censorship tightening and we all know why. Those of us who discovered the true shape of The Earth are no stranger to censure and condemnation.

Running parallel to concealing The Enclosed Cosmology of The Earth has existed hundreds of intrigues, lies, and deceptions fabricated to keep the origins of Mankind’s true heritage hidden. In 2021, we face The Mother of All Deceptions that will grind the world under the wheels of Medical Tyranny.

Freemason insider, George Orwell, wrote a dystopian novel entitled, 1984, in which he presented the idea of Oligarchical Collectivism, referring to Ingsoc (English Socialism), the dominant ideology of Oceania, and to the ideologies of Neo-Bolshevism in Eurasia and Death Worship (Obliteration of the Self) in Eastasia. Winston reads two long excerpts establishing how the three totalitarian super-states – Eastasia, Eurasia, Oceania – emerged from a global war, thus connecting the past to his present, the year 1984, and explains the basic political philosophy of the totalitarianism that derived from the authoritarian political tendencies manifested in the twentieth century.

That the three, ostensibly opposing ideologies are functionally identical is the central revelation of The Book. And so, in essence, the war was fake, in the same way as the war between Russia, The United States, and China is fake. At the top eschelon they all want the same thing: Totalitarian rule. They play ball together at the top and pretend they are always trying to avert war with each other. It is a great stage play with skilled actors, scripts, military jargon, economic threats, sanctions, and large props called fighter jets and missiles. Nevertheless, all three superstates embolden a certain facet of the same core Totalitarian strategy. For example, when we look at the fruits of Capitalism, Communism, and Fascism, we see that they all lead to the same result: a Technocratically controlled population that thinks it is free but is under terrible debt slavery and mind control. And the glue that holds it all together is continual war.

War is a necessary tool for the Ruling Elite because it keeps the standard of living in check, maintaining the inequalities essential to a totalitarian state. Additionally, by keeping the citizens in a constant state of terror over some real or imagined external threat, solidarity and an infantile adhesion to The State is achieved, much in the same way a child clutches to his mother when experiencing some perceived distress.

Paradoxically, war is a necessary tool for fostering an attitude of peace in the masses, such that rebellion is far from their minds. As long as The State is at war with some lethal entity, the people tend to remain peaceful and willing participants in securing and maintaining their own sense of liberty and happiness against the perceived external threat.

“We’re all in this together!” becomes the Populous battle cry, which leads to us now, all together, fighting a continual war with an invisible Phantom Menace that nobody can even prove exists using formal empirical testing procedures.