Books   »   Stand or Fall in the Pandemic Chess Game 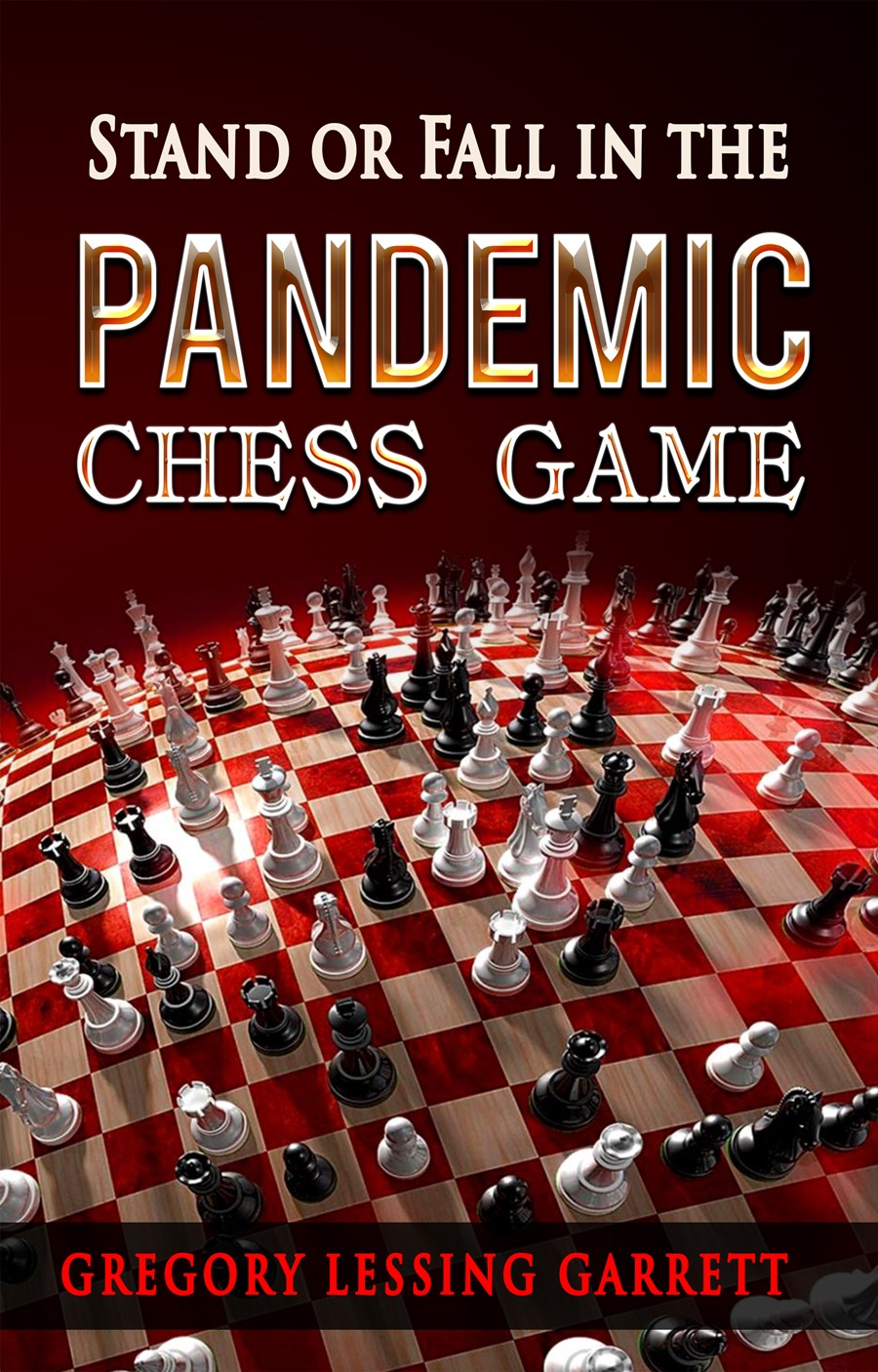 This analysis of the C 19 is a collection of Mr. Garrett's research on the the 2020 C 19 Pandemic. In the book, Mr. Garrett calls it a "Plandemic" because, as he reveals in his book, it was a planned crisis, long in the making. The result of the findings of this analysis could lead to a deeper sympathy for the severity of this alleged Pandemic and its victims, or contrarily, to the realization that this Plandemic is being artificially hyped, falsely dramatized, and played by the Satanic Elite and their ignorant, compliant, and often corrupt media outlets to instill fear and terror into the common man.

Theoretically, the reason for this reign of terror is to service the purpose of plunging the entire world into a Socialism so acutely widespread and economically devastating, which they seem to be achieving, that they are able to usher in a Communistic New World Order in record breaking time. The unimaginable pain and suffering which would result for the common person from such a transference of power to the Elite 1% is tantamount to the Satanic Technocratic Beast System that most know all too well about from Biblical references. We are facing a melding of the books, 1984 and Brave New World, laced with Satanic sadism and mass extermination if we do nothing but submit to this Satanic Cabal. There is no greater thing to figure out right now in all the world than the real reasons, motivations, intentions, purposes, and agendas behind the current C 19 Pandemic.

The Satanic Elite are playing a chess game with the world, and currently using C 19 as driving pawn on the socio-geopolitical landscape. It’s a Bill Gates style Technocratic Vaccine and RFID chip game and we are all being played. With each move the world makes, they counter, anticipating many moves ahead. For anyone who's studied history, the strategy is always the same and predictable: Justify more imposition with the excuse of saving us and roll out more and more restrictive laws to tighten the noose on freedom, as a consequence. Remember that C 19 is merely another chess piece being used to shift the world into this Technocratic New World Order Slave State. The United Nations and its Luciferian sponsors have a number of chess pieces in place on the world chess board, and they are preparing for The Checkmate: Technocratic Plutocracy World Government. Humanity is at a crossroads it has never before faced. We are up against a Technocratic Plutocracy, where the ruling elite, fueled by funds from the richest billionaires in the world, seeks to transform the world into a Communist Slave State using the power of a Scientific Dictatorship.

This Luciferian Elite has engineered this latest Pandemic crisis, after many years of planning, so that it can take control of the Earth and everything on it. While some ‘sweeteners’ in the short term, such as minimal income support for individuals and businesses in some countries, are being offered to make it look as if governments are responding to the crisis with our best interests in mind, whatever palliative measures are being taken are simply designed to ensure that we remain submissive as we are led to our grim fate. But have they really considered a significant amount of the world refusing to fall for their plans and ploys? Have they truly anticipated that offensive move against them in the chess game they call world domination? It is up to each person to not STAND for their manipulations anymore. It is up to each person to not FALL for their intimidation and deception. As Mr. Garrett says in his book, "In this final hour, will you Stand or Fall"?